I knew going into this one that I’d be out of my element, but I never expected to be as defeated as I was. On today’s #1 Quick Fix, I’ll be talking about Elminage Gothic. You may have no idea what that game is, and you wouldn’t be alone there – I pay attention to niche games and had never heard of Elminage. Some quick research, however, shows that it’s a small series or first-person dungeon crawlers, and this is its fourth entry. This particular entry was on PSP and 3DS in Japan, and Ghostlight has released a Windows port with higher-resolution artwork and in English as of Thursday. Despite going with a higher-resolution, though, I will note that not all artwork is HD – a lot of the backgrounds in town are blurry on my 900p screen.

END_OF_DOCUMENT_TOKEN_TO_BE_REPLACED

It’s been a while, but it’s time for #1 Quick Fix! Today, I cover a game whose title differs by region and platform. If you’re in North America and are playing on any platform other than PC, the game is titled Record of Agarest War Zero. If you’re playing on PC or in Europe, it’s titled Agarest: Generations of War Zero. If you’re in Japan, it’s simply Agarest Senki ZERO (literally “Agarest War Zero”)… unless you’re playing the 360 version, which is an enhanced port in Japan named Agarest Senki ZERO: Dawn of War. I’ll just refer to it as Agarest Zero for convenience. END_OF_DOCUMENT_TOKEN_TO_BE_REPLACED

END_OF_DOCUMENT_TOKEN_TO_BE_REPLACED

While I have not played any of the previous Precipice games, I’ve played a bit of both Cthulhu Saves the World and Breath of Death, and the gameplay style for Precipice 4 is very similar while simultaneously being rather different in a way that makes it a lot more fun. END_OF_DOCUMENT_TOKEN_TO_BE_REPLACED

Yesterday, I was presented with a new song from our team musician Anthony Trujillo, or, as he prefers to be credited as, Atman Seijo (his pseudonym).

It was the first piece of boss battle music for the game, for the fight against Tikk Tocc, the final boss of Magnet’s route. The song is very tense and befitting of the fight itself, but he did something with it that he hadn’t done prior to then, but I had been expecting for a while. That is, giving the song a lead-in. Prior to that one, all of his songs for the game were short, self-enclosed loops.

After making two sandwiches (one of which met a premature end as the plate fell off my desk), I immediately went to mess around in the game’s code to make the lead-in seamless. It took around two hours. Why so long? Well, simple. END_OF_DOCUMENT_TOKEN_TO_BE_REPLACED

This week had way too much bombshell news, and I’ve forgotten a lot of it because I didn’t note most of it down. As such, this week’s post will be just a quick and short summation of things I do remember. My apologies – I’ll note this stuff down in the future.

The current development team working on Skullgirls recently started an IndieGoGo campaign where they asked for $150K to add a new character to the game. They were extremely transparent about the costs, and the fanbase rallied behind them to barrel them past their goal in a matter of one or two days. The team has since added stretch goals, which will add more characters. END_OF_DOCUMENT_TOKEN_TO_BE_REPLACED

In case you’ve been living under a rock for the past two days, I want to inform you about something: 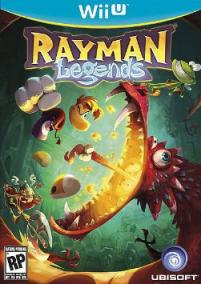 Ubisoft has delayed Rayman Legends, a Wii U exclusive, in order to port it to other platforms. The game was supposed to be out at launch and was already delayed until less than two weeks from now before we got the news that it would be coming out in September. What is worse is that the developers were in full crunch time mode, working the (sadly) standard, extreme overtime hours to get the game out on time before being made aware of this a week ago, when the game had gone gold. END_OF_DOCUMENT_TOKEN_TO_BE_REPLACED

My Tweets
I Am Only Myself
Blog at WordPress.com.